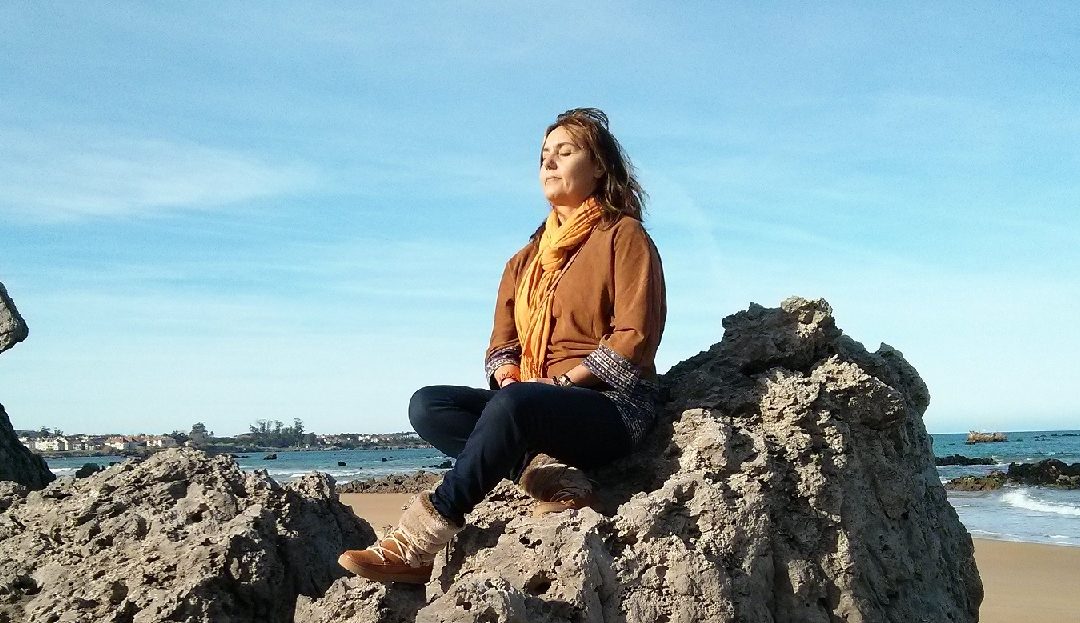 The pleasure of meditating while learning Spanish

The pleasure of meditating

Meditation has many benefits, like improving your well-being, always vital because, after all you are the most IMPORTANT person in your life.

Now you have the opportunity to learn Spanish and enrich it by experiencing meditation in beautiful places in Cantabria. Enjoy nature’s rivers, mountains and beaches; this will help you achieve a personal state of happy fulfilment and well-being.

You will be accompanied by people with great experience in the field of meditation. Come and share memorable moments with us! 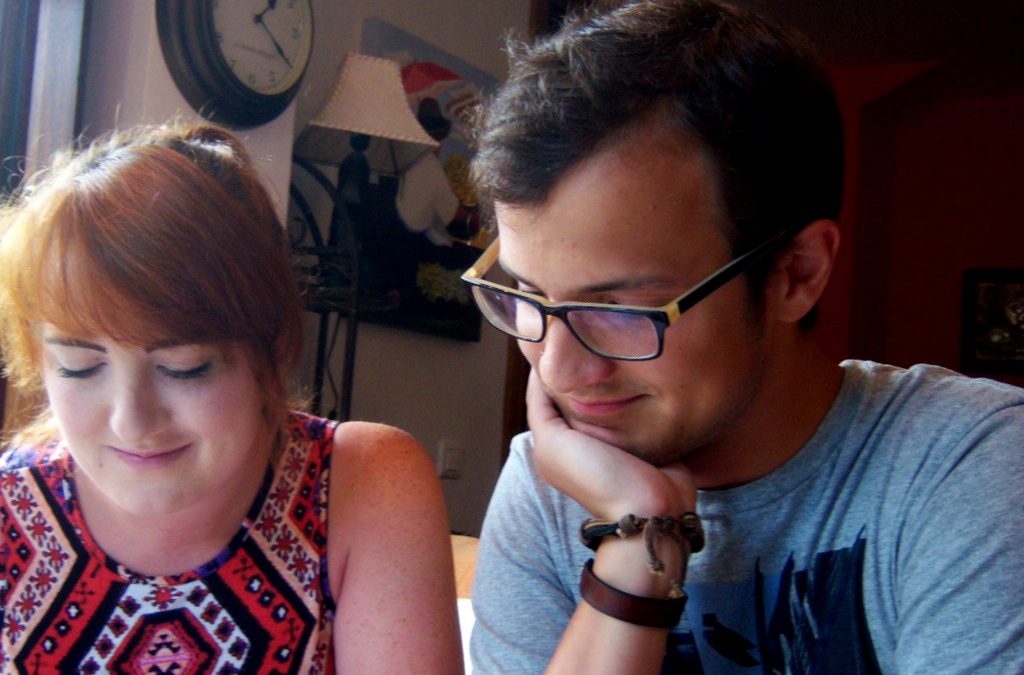 One to One learning … the benefits 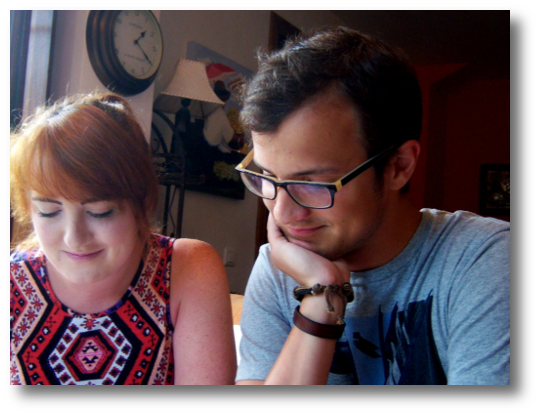 One to One learning … the benefits

Your tutor will gauge your learning style and tailor your lessons to your interests, current skill level and personal goals. Any difficult aspects of learning can be worked on in an intensive way until you feel comfortable with your learning and ready to move forward. There is always extra time and assistance for mastering difficult concepts in One to One language learning.

Every learner has their own pace and as opposed to the classroom where the pace is set by the majority, with One to One learning the pace is set by you. You will have the undivided attention of your teacher and an opportunity for real communication, more feedback and the advantages of a more complete understanding of your needs as a learner.

You will enjoy more control over the aims of each lesson, not only the pace but content too and the opportunity to use your teacher as a resource, to ask questions, to hear models of language and to practise skills. In a One to One situation any difficulties can be addressed immediately so that problems can be quickly and effectively overcome.

With One to One learning you will develop a close, real and productive relationship with your teacher and your learning can be directed in a flexible way regarding both the timing and structure of your lessons. Research has shown that learners in a One to One learning situation will ask more questions, feel less self-conscious and that this will lead to faster and more relevant learning. Getting to know your teacher well in a relaxed situation will lead to greater self-confidence.

One to One learners have said :

“One to One teaching is more intensive and you learn more”.

That just about sums it up! 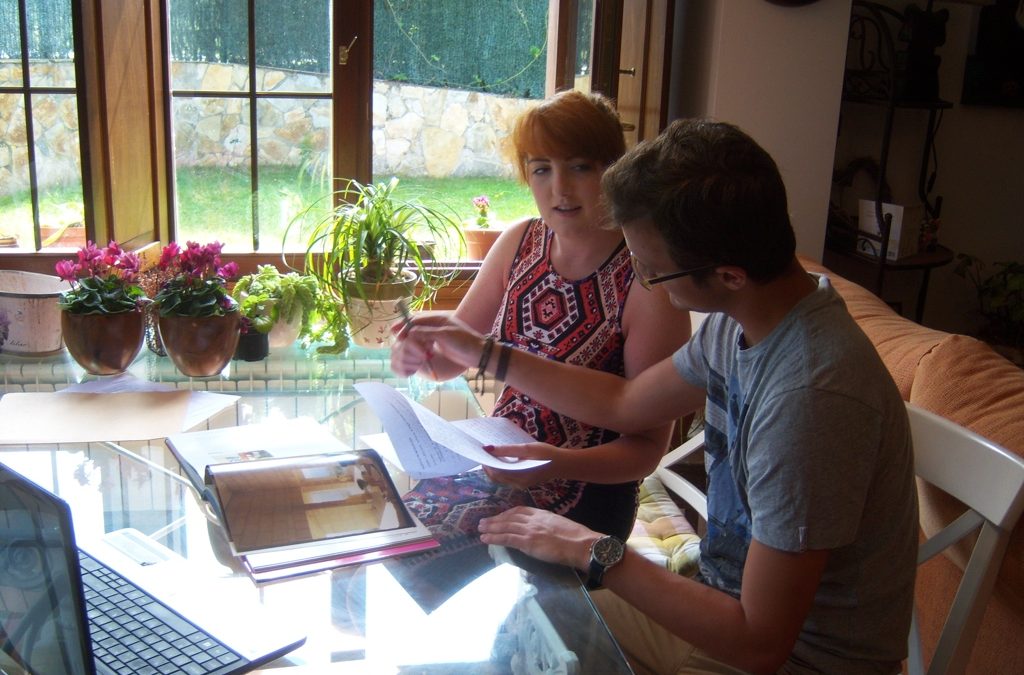 How can an Immersion Course at your Teacher’s house help you to learn a new language? 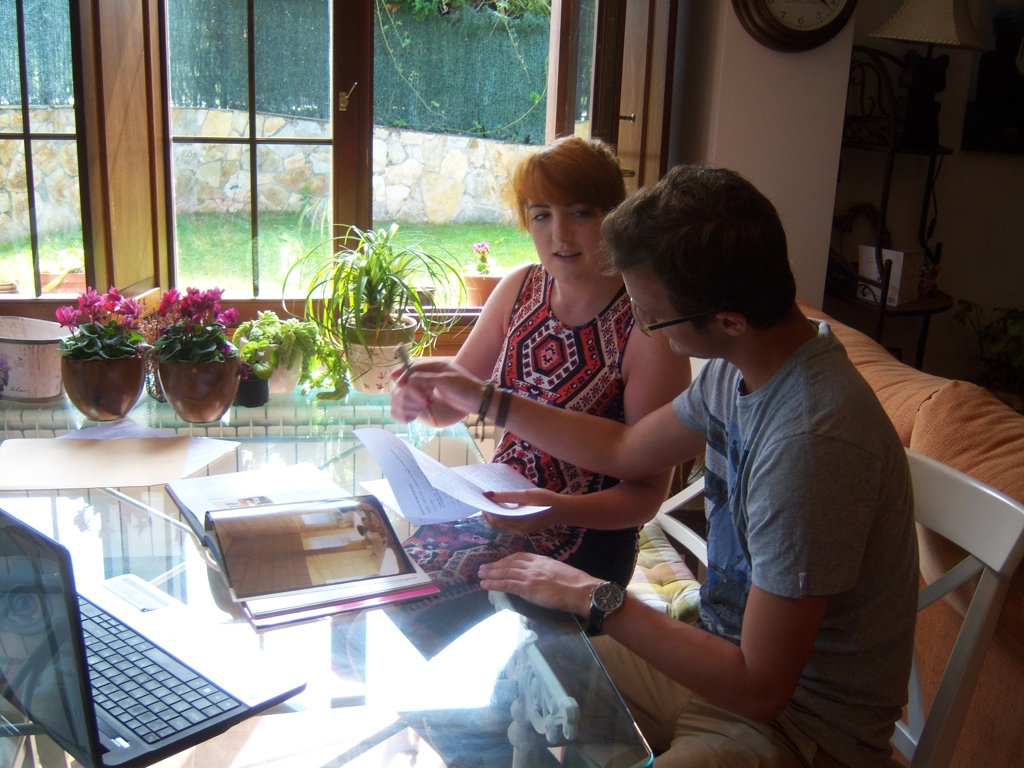 How can an Immersion Course at your Teacher’s house help you to learn a new language?

Immersion is all about learning a language in a spontaneous way, speaking and communicating in order to satisfy your needs, to buy something, to greet someone and to communicate your ideas.

When you are completely surrounded by your target language, you are hearing, seeing and feeling the language in its natural form and one is able to ‘live the language’ seeing expressions, words and phrases in real contexts complete with physical movements, facial expressions, hand gestures and most importantly, tone of voice.

As a child, you learned your mother tongue just in this way, by copying what you saw and heard. When you are ‘immersed’ in your target language a ‘third ear’ effect comes into play whereby your subconscious begins to innately learn the structures and patterns of the language around you. As you relax with your teacher your subconscious will take over more and more letting the sounds of the target language ‘flow’ through you.

“through intensive listening you will quickly learn to ‘auto-correct’ yourself”

Language is obviously first and foremost a tool for communication and when you are ‘immersed’ this is precisely what you will be practising, situational vocabulary, nuances of expression and through intensive listening you will quickly learn to ‘auto-correct’ yourself. The self-consciousness of the adult learner is quickly overcome and fears of sounding ‘stupid’ or ‘saying the wrong thing’ will disappear as you tackle conversing and interacting in real situations.

Learning the language in this dynamic way brings you up against the ways in which people actually speak and communicate with one another using colloquial language and contemporary expressions and phrases. This is a very exciting and absorbing way to learn a language! 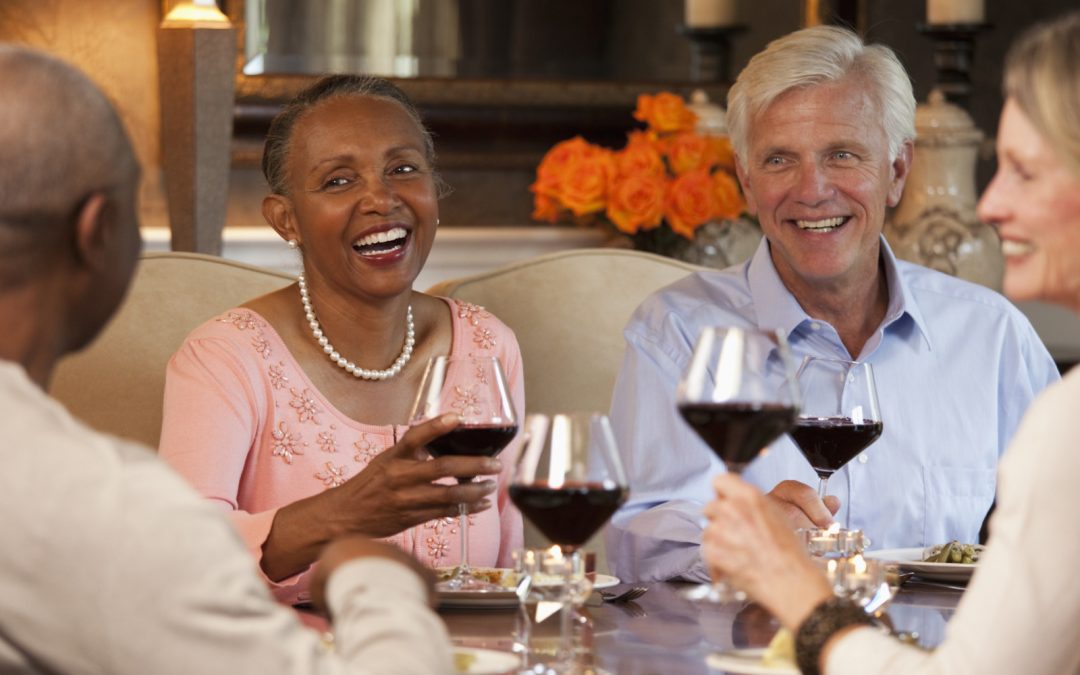 Why Is Learning More Effective When You’re Having Fun? 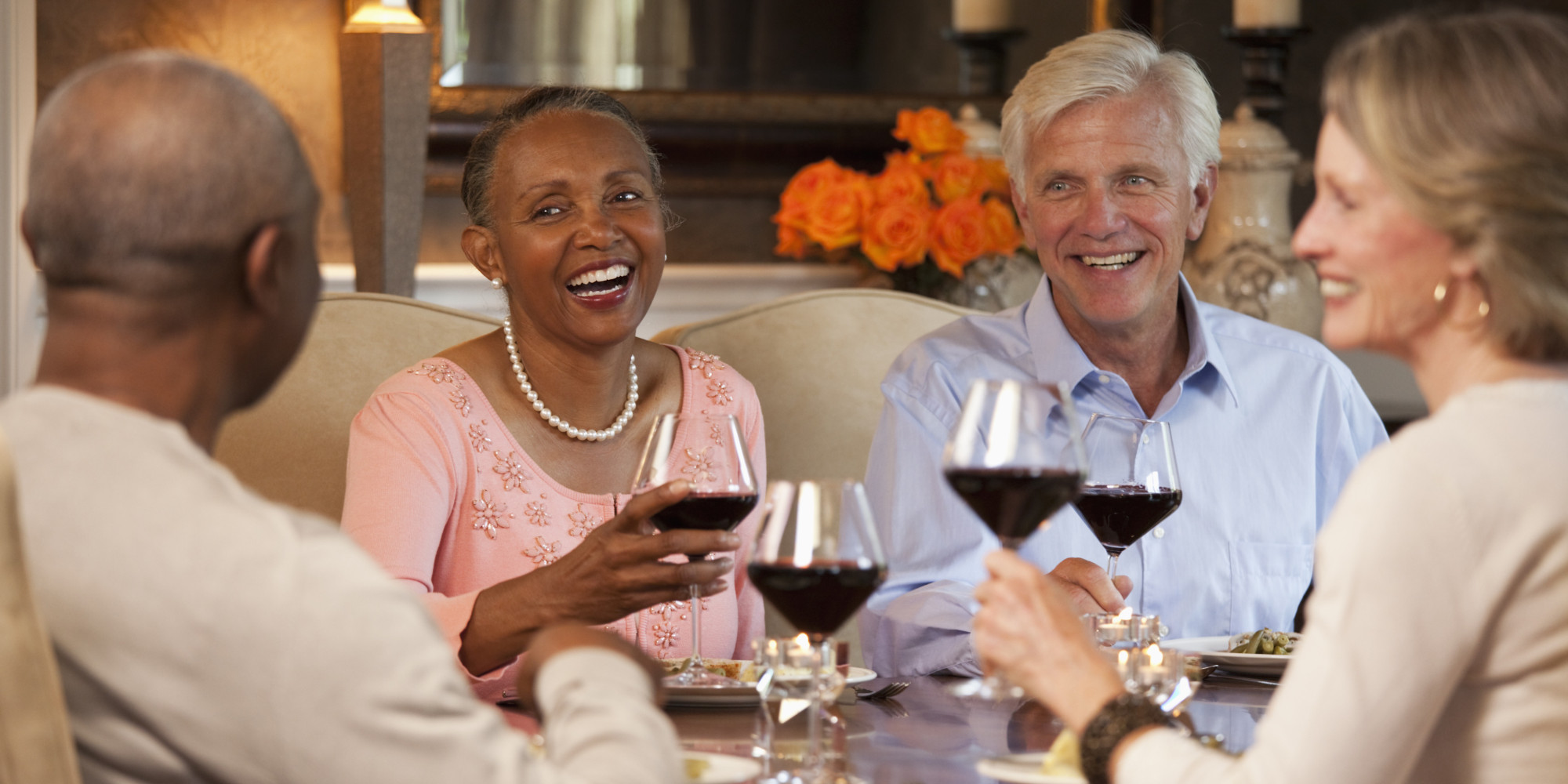 Why Is Learning More Effective When You’re Having Fun?

Learning in a friendly, empathetic and lively atmosphere will fend off boredom, stress and anxiety … the greatest enemies of the learner. But why does time seem to fly by when we’re having fun? We’ve all experienced the phenomena of time seeming to crawl by when we’re engaged in a boring task and time rushing past as we are enjoying ourselves. Well, psychologists have discovered that we do indeed have a different perception of time relating to our mental state at the time and the activities we are engaged in. When you are enjoyably focussed on your task you don’t notice the time passing but when your mind is not fully occupied you ‘feel’ every minute passing.

Research into time perception has also demonstrated that being ‘enjoyably engaged’ is not the only factor. If you are also focussed on a goal then the excitement of the pursuit of that goal in a relaxed, fun way causes the perception of time passing more quickly and the learning to happen more effortlessly.

Your memory is also affected. Taking a holiday for example compared to the everyday, seems to be an occasion of time passing quickly but in retrospect your memory will reverse the trend and you will be able to retrieve many more memories from your enjoyable holiday time than you would be able to from your ordinary days when time seems to pass more slowly but there are less specific memories to retrieve. It may also be true that it’s easier to recall language that you have learned in a relaxed, enjoyable atmosphere than when taking a more traditional approach.

“an enjoyable way of learning without stress, frustration and boredom”

A study in the journal ‘College Teaching’ showed that when a lecturer delivered his lecture on statistics including jokes, his students had better recall of the facts than the students who heard the lecture without the jokes! And neurologist, Judy Willis has shown that fun activities in learning increases levels of dopamine, endorphins and oxygen all helping to consolidate learning. In fact, all the evidence that illustrates the links between enhanced learning and being relaxed have led to companies such as Linkedin to introduce ‘walks and talks’ instead of traditional meetings. Another large company introduced a learning game platform which saw their employees’ engagement and learning boosted so much that the following quarter was the most financially successful in the companies forty-year history!

So, it’s very important to choose your way of learning to incorporate as relaxed an atmosphere as possible as well as likeminded fellow students and your teachers alike so that you can fit into an enjoyable way of learning without stress, frustration and boredom.

No … what you want is to have fun and consequently, to learn faster! 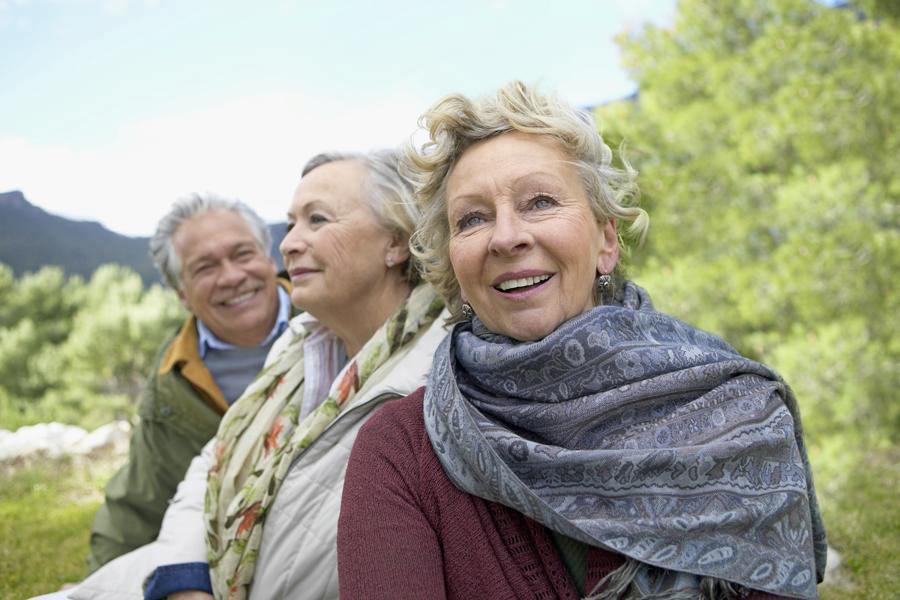 Yes! Is the brief answer to that question.

Why? Because many different academic studies have revealed some of the huge benefits of learning another language in your later years.

Firstly, learning a foreign language can boost the functionality of your brain by challenging you to recognise and find meaning, this can boost your ability to negotiate meaning in other problem-solving contexts. It used to be considered true that children learn faster than adults but new research is constantly challenging this long held but erroneous belief. One reason is that the adult learner already has an extensive vocabulary and it has been scientifically shown that new words in language learning can attach more readily to your pre-existing knowledge.

Secondly, studies have consistently shown that language learning wards off cognitive degradation and research has now led to a general acceptance that the mean age for the first signs of dementia or Alzheimer’s (if you should be so unlucky as to acquire this disease) is 71.4 years old in monolinguals, whereas for bilinguals it’s 75.5 years. The key, as always, is motivation and older adults will find the learning process speeding up along with their motivation to learn. Your brain is an evolving dynamic structure which can form new neural pathways at any age and research has illustrated that it’s just as capable of doing this when you are older as when you are young.

Your memory will be boosted through the type of exercising of your brain that takes place through language learning and in many studies, bilinguals have demonstrated a greater ability to retain information. The neural pathways involved in ‘switching’ between languages is discovered by Pennsylvania State University to increase our ability to ‘multitask’ because these neural pathways are more ‘alive’ due to bilingual processes.

Your skills in relation to language learning are already finely honed and an older brain is more capable of strategic learning, what is known as ‘self-directed’ learning, in other words you will be better at focussing on the language you really need to learn. It’s true that an older brain may not be as automatically ready to learn as a younger brain but the advantages of your older brain, as outlined, will be positive forces in your bid to learn a new language and your patience and motivation will support you.

Learning in the way that we understand best as adults, logically trying to understand the structure of a language, is satisfying but doesn’t really spur learning. Forgetting the language as an ‘object’ to overcome and realising it as a thing you ‘do’ … that’s when spontaneous, joyful learning occurs. And that’s why taking yourself to an intensive immersion course in the Country of your chosen language can be such a powerful and enjoyable boost! 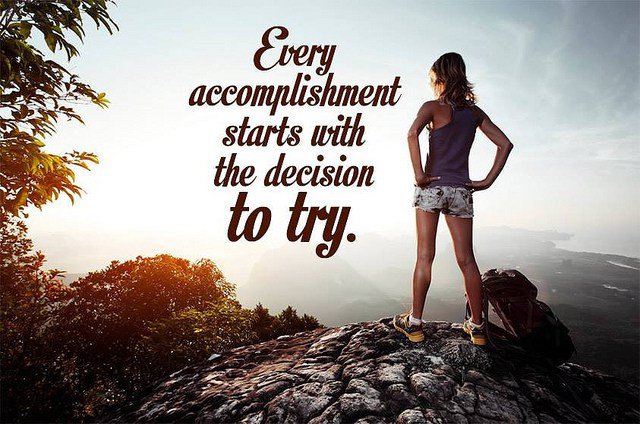 Why is motivation the key to learning a new language? 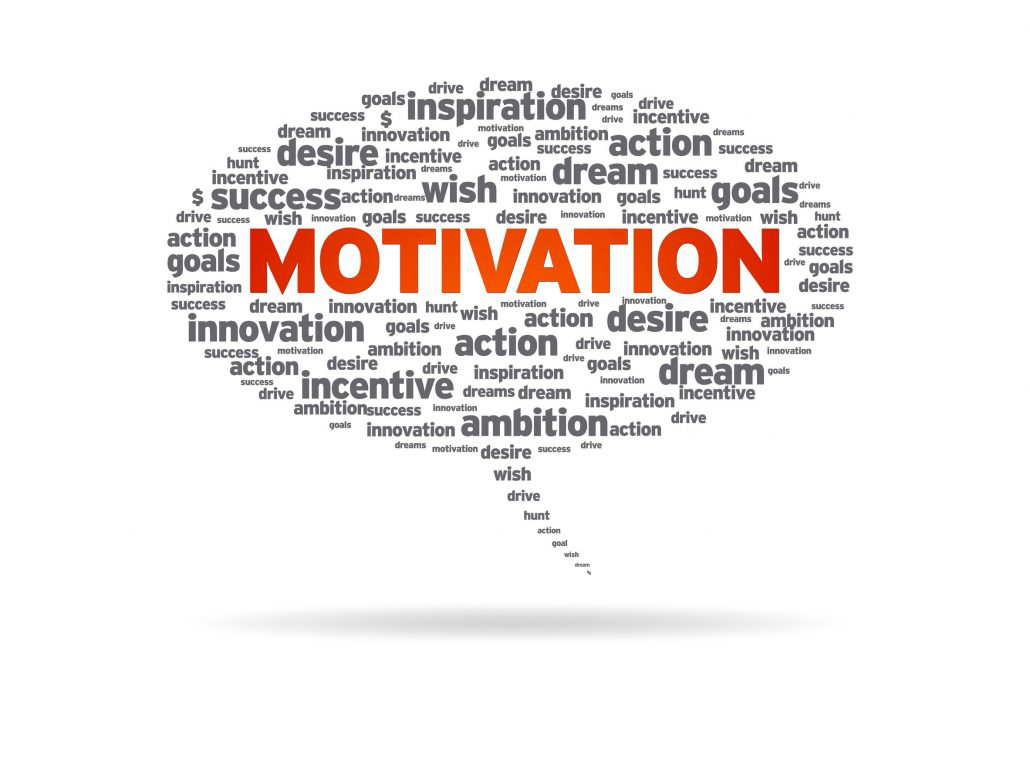 Why is motivation the key to learning a new language?

Two types of motivation are associated with language learning. The first, integrative motivation, comes from the desire to create a better understanding of another culture, society and language and for that to then be a ‘tool’ for building relationships and meaningful communication.

This type of motivation may come about through romance or another type of connection with someone from another country and the necessity to understand that person’s culture and language. Sometimes integrative motivation is prompted by a move to warmer climes in retirement or to be with family members who are already living abroad.

Integrative motivation has been found to yield faster and more effective language learning as this type of motivation simply carries the learner along in their quest for communicative skills and understanding and their desire to learn for their own benefit is the key.

Instrumental motivation comes from a desire to accomplish success in a learning environment such as school or university i.e. to gain academic credit, or your new language may be necessary for work or to achieve progress or promotion at work.

Instrumental motivation will carry you along as long as you have a genuine interest in the new language and culture. If your curiosity and interest is zero for yourself personally and you are simply trying to achieve to succeed, you will and can learn a new language but you will struggle a lot more with your learning.

Motivation is obviously the key to learning a new language and you can build that motivation by finding out more about the specific culture that interests you thus provoking your curiosity and greater interest which will lead you into integrative motivation.
Then your language learning will flow! 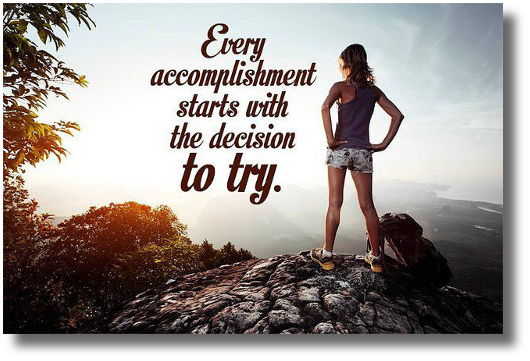